Reading Kouzes and Posner's The Leadership Challenge. I enjoyed the Practices of Leadership and Commitment to making overcoming the Leadership challenge.

Decision Tree Management: How to Build Structure Around Delegation

I recently noted the book Fierce Conversations as a very useful read.

One gem is the book is the decision tree model of delegation. Nothing is more damaging to moral than starving employees from autonomy and accountability. The challenge is how to draw clear boundaries around the areas where the team can act autonomously versus areas where management approval is required.  In banking, credit limits serve as boundaries, junior bankers can extend $5m loans, senior officers $10m, and corporate approvals for >$10m.

Posted by Unknown at 1:01 PM No comments:

Is it Government vs Free Market or Big vs Small?

Like many debates, such a view is too simplistic and in fact the actual villain may well be size of organization and monopoly power. Be it government agencies (DMV, USPS), banks too big too fail, United Airlines, Novell or MSFT - a common model of failure is the absolute size of the organization.

It seems axiomatic to me that monopolies and massive organizations are prone to waste, terrible customer satisfaction, and too big too fail syndrome whereby the political process is vested in the propagation of the too large entity in question - bailing out Citibank, the USPS, the Osprey - and blindly supporting continued funding of such entities independent of reason.  What scares me most about monolithic organizations is they appear impervious to the concerns of people vs the concerns of the organization and its own idiosyncrasies.

Go the DMV and then ask do you want a single-payer system? Get on a 1-800 Large Company help line and then ask if you want too-big too fail?

Organizations appear to fail once they reach a certain size, drift away from original mandate, and destroy capital. And...importantly this failure is viewed as both a necessary and good thing. Human, financial, and physical capital is freed from the constraints of too-big, too-slowness and flows to smaller, newer, more rewarding entities.
I suppose the piling of talent out of Facebook (ex Path) and Twitter (Square, Medium) is just an example of human capital flowing to the next small new new thing.  The movie Something Ventured chronicles the serial connection of talent from Shockley, to Fairchild Semiconductor, to Apple...and on. 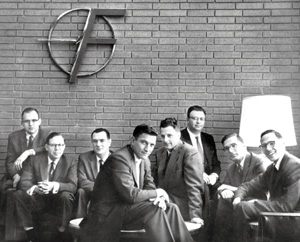 The market does serve a vital force in allowing such a flow to happen - ie in the Valley financial and customer capital seems to follow human capital. However, in banking, government, automotive, etc - there appear to be constraints to end of lifing things that are too big.

Clearly, not all government is per se bad (man on the moon, DARPA Internet, etc), but there appears to be a point when government orgs, like Citibank and its private brethren, grow too big to evaluate, manage, understand, and, therefore, to be able to reasonably decide whether to continue to fund.
In many ways, the core question of this campaign may not be public vs private but instead a question of size, quality of output, and tolerance for eliminating non-performing and failed programs.
Moreover, the biggest organizations then rig the system for capital and resource allocation, frustrating the "failure" process to return us to equilibrium.

As an example, in let's look at the growth in the Department of Education
Similarly, Citigroup has grown to $1.9 trillion in assets and 260,000 employees from $800bn at the time of its formation in 1998. I defy anyone to manage that beast.

How do we feel about size rather than public vs private as a more nuanced debate?

Are our organizations architected to allow failure?

In my mind too big to fail is as important a discussion vis a vis government as it is our banking system.
How do we build a smaller, more nimble, shorter lived set of entities that we can count on for energy, results, and human-centric execution? How to explain failure is the expected state of being versus a symptom of national decline?

Government needs to tolerate failure and reallocate the massive capital to better uses, while too big to fail private enterprise should be viewed with equal suspicion.
Posted by Unknown at 1:00 PM No comments:

Mindset Lesons from the Navy Seals

The Navy Seals are examplars of discipline, achievement, and overcoming adversity. The Navy studied the difference between the 25% of Seals who pass training and the additional 10-15% who should have passed but did not.

Here's a quick read from the blog The One Minute Mindset that highlights the learnings from Seal training success and failure.

How happy are you at work?  On a scale of 1-100, how would you rate your marriage, your friendships, your relationship with your children, your career satisfaction?

Another way to think through the scores is to translate the numbers into days. For example, if you have a great marriage and are happy 90% of the time, mathematically there are 36.5 days a year that you are not happy.  36.5 days, or more than entire month.

Similarly, if at work you are fulfilled 80% of the time, there are 74 days a year where you are not fulfilled.

What's the point?  The key idea, hat tip to Marv Wenger for sharing this perspective, is that a happy and fulfilled life is full of days that simply aren't that good.

Furthermore, rather than being surprised by a tough day, it is important to be sufficiently self-aware to not only expect tough days, but to recognize that having a tough day does not fundamentally challenge the quality of your relationships or work.

As an entrepreneur, there are plenty of challenging days. It pays to realize that is both normal and that a bad day, or 36.5 tough days, still means that 90% of the time things are really good.

I write to share an article we published today on iMedia, Why You Need to Consider Daily Marketing Messages.

The article introduces best practices, including a look at Gatorade's command center, for agile brand marketing.

Agile marketing allows brands to become more iterative, relevant, and responsive to the lives, interests, and trends impacting the customer.

Posted by Unknown at 3:34 PM No comments:

Today, I am 40. I write this from a small village in Baja, where I am celebrating the milestone with my wife and best friends.

40 is an iconic birthday and an occasion for reflection.

40 years ago, I was born to a US Air Force Captain and his wife, Kent and Marian, in Wiesbaden, West Germany. From birth, my life has been peripatetic. Six days after my birth, we moved to a small village on the Czech border. By the time I was twelve, we'd lived in Germany, Ireland (sister, Elizabeth, born), Northern Ireland, Nigeria (brother, Richard, born), the Ivory Coast, Taiwan, Hong Kong, and the United Kingdom. My father's job with the military and then with Citibank required frequent moves. True to form, at 14, I left London for boarding school in Connecticut. The moves averaged one every eighteen months and left an indelible mark on me.

First, I became very good at being the new kid. Adapting, making new friends, and dealing with the trauma of change.  Second, my body adapted to the rhythm of major change every eighteen months and I suffer from wanderlust.

The "risks" associated with change were blind to me, as evidenced by my equally peripatetic educational and professional experiences. High school in London and CT, college in LA, China, and Cambridge, banker in NYC, HK, and Singapore, teacher in Indiana, business school student in Chicago, and the last twelve years in venture capital and start-ups.  My childhood blessed me with the ability to adapt, while leaving me with a true sense of restlessness.

Fortunately, my wife, Caroline, helped me understand what I'd missed growing up - the power of community and consistency. While my email address continues to change, I've lived in the Bay Area for twelve years and my children have attended the same public school for seven years. My oldest son, Jack, is 11. By his age, I'd moved eight times to seven countries. I now see through him the importance of reinforced, persistent human relations and my wanderlust has dimmed as I enjoy long-term friendships and a feeling of connection.

In fact, over 40 years, I've come to believe strongly in the following:
Here's to the next forty years and to my parents, wife, family, friends, teachers, and colleagues for making my first forty simply wonderful. I love you and thank you.

How to Fix The Economy


The Way Forward
Moving From the Post-Bubble, Post-Bust Economy to Renewed
Growth and Competitiveness

Abstract of how to fix the problem. Read the paper to better understand their diagnosis for how we got in this mess.

5-7 year plan - a Marshall Plan, if you will, is required